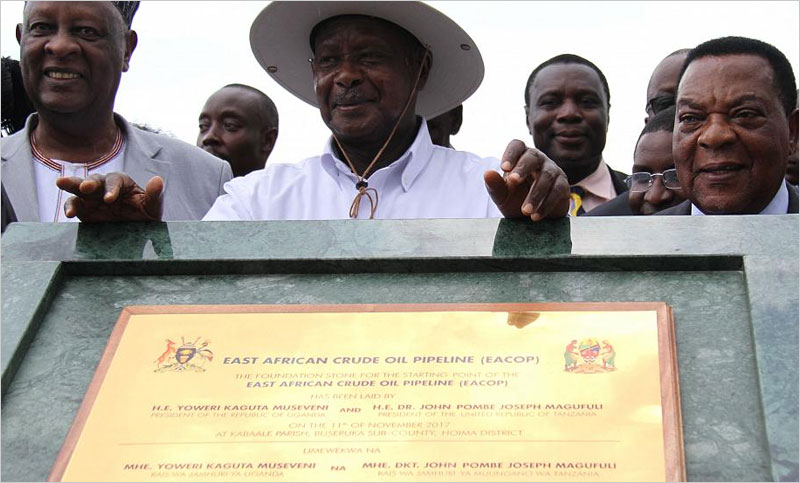 "The EACOP Tripartite Project Agreement has been signed by all parties with commitment for realization of the Equal project; for the benefit of all people of Uganda and Tanzania in the spirit of East Africa," said Sam Kuteesa, Uganda's foreign minister.

The agreement, signed in the Ugandan capital Kampala, paves the way for the construction of a 1,440 km crude oil pipeline from Uganda's Albertine region to Tanzanian seaport of Tanga.

Extraction will take place at two oil fields: the Kingfisher field, which is operated by China National Offshore Oil Corporation Ltd, and the Tilenga field, operated by Total S.A.

Uganda last month suspended the signing of the agreement to mourn the death of then Tanzanian president John Pombe Magufuli.

The $3.55 billion pipeline could be the longest electrically heated crude oil pipeline in the world. Once completed, more than 10,000 job opportunities will be created during execution, according to Suluhu.

Environmental activists say the project poses risks to protected environments, water sources and wetlands in both the countries due to C02 emissions from the burning of oil through the pipeline.