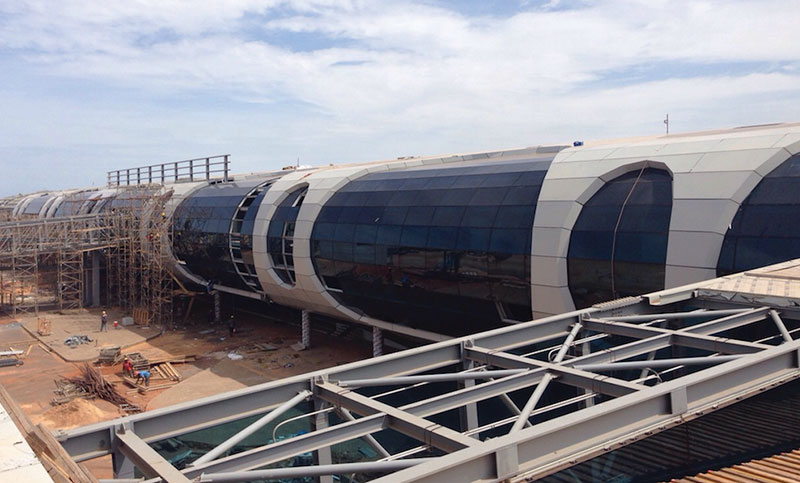 China has been Africa’s biggest builder the past two decades, creating $470bn worth of roads, rail lines, ports, airports, oil, gas and power facilities, pipelines, office buildings and other projects in 2018 alone.

It’s been a win-win situation for the two sides. Africa needs an estimated $12 trillion in infrastructure to create business opportunities and improve people’s lives. And China needs a way to keep its huge construction industry occupied as demand at home levels off.

But even if Chinese companies continue building at their current brisk pace in Africa, it will take decades for the continent to gain the infrastructure it needs.

This means there is room for another world-class construction player in Africa. And one has been stepping up – Turkey.

African acquaintances of mine watched Turkish contractors at work in Kazakhstan. When President Nursultan Nazarbayev decided in the late 1990s that the country’s new capital of Astana would be built as fast as possible, his team turned to Turkish and South Korean contractors to meet the need that Kazakhstan’s small construction industry was unable to cover.

Turkish companies built tens of billions of dollars worth of roads, power and sewage facilities, government office buildings, residential high-rises and other projects in Astana, which was renamed Nursultan after Nazarbayev shifted from president to elder statesman in 2019.

“The Turks are superb builders,” a Kazakh official told African friends of mine who was working in Nursultan. “They do the job right, and at reasonable cost.”

Although top-flight, Turkey’s contracting industry is much smaller than China’s, of course.

The value of its overseas work in the past decade has fluctuated between $15bn and $30bn a year — roughly 6% of Chinese contractors’ annual work.

Despite this huge difference in project value, Turkey has the world’s second-largest number of construction companies working abroad – 40 versus China’s 65.

Most of Turkey’s overseas construction in the past 30 years has been in the Middle East and the former Soviet Union. A fifth has been in Russia and 15% in Saudi Arabia.

Turkish contractors have begun expanding their work in Africa, although it’s still only 3 or 4% of their overseas total.

You can expect that percentage to grow substantially, however, as Turkish contractors’ reputation for quality and meeting deadlines increases on the continent.

One of Turkish President Recep Tayyip Erdogan’s key foreign-policy initiatives in the past decade has been expanding ties with Africa, particularly sub-Saharan Africa.

He has visited dozens of countries on the continent to underscore the importance that Turkey attaches to the continent.

One reason for the initiative is that many economists see Africa, with its 1.25bn people, as the world’s biggest business opportunity in the next two or three decades.

Another is that Turkey, like most developed countries, needs African mineral resources.

Still another is that Turkey wants to become an even greater centre of influence in the Muslim world than it is already is — and there are 19 Muslim-majority nations in Saharan and sub-Saharan Africa to reach out to. Together, Muslims in those countries account for a third of the faith’s global population.

To underscore the continent’s importance, Erdogan has declared 2020 the Year of Turkey in Africa.

Turkey’s growing focus on the continent has led to its trade with Africa jumping sixfold since 2003, from $5.5bn to $23.8bn.

Another sign of Africa’s importance to Turkey is that its flagship carrier, Turkish Airlines, has more than tripled its destinations on the continent, from 18 in 2010 to 56 in 2020.

Before Turkey’s renewed focus on Africa, it had opened only 12 embassies on the continent. The number has now surpassed 40, with an eventual goal of 54, the government has said.

Several of Turkey’s African construction projects have been airports, a Turkish specialty. TAV has built two in Tunisia, while Summa constructed the airport in Niger’s capital, Diamey, and partnered with Limak on the airport in Senegal’s capital, Dakar.

Summa, led by Salim Bora, one of Turkey’s most dynamic entrepreneurs, has also built residential and business complexes, hotels, convention centers, sports stadiums, shopping malls and hospitals on the continent.

Another Turkish contractor, Yapi Merkezi, completed three big projects in Sudan — the El Mek Nimir Bridge over the Nile, the Al Halfaia Bridge and the Al Wahat Shopping Mall in the capital of Khartoum.

Yapi Merkezi also partnered with a Portuguese contractor on the first phase of a $1.2bn high-speed train project in Tanzania, then won a contract for the second phase of the work outright, without a partner.

Another rail project that a Turkish company will be building is a rapid-transit line in Mali’s capital, Bamako. Kalyon Insaat will start the work in 2021.

African leaders are excited about the next two or three decades because they see them as a time when the continent makes the huge strides necessary for their economies and standard of living to begin catching up with the developed world.

You can be sure Turkey’s top-notch construction companies will be contributing to the progress.