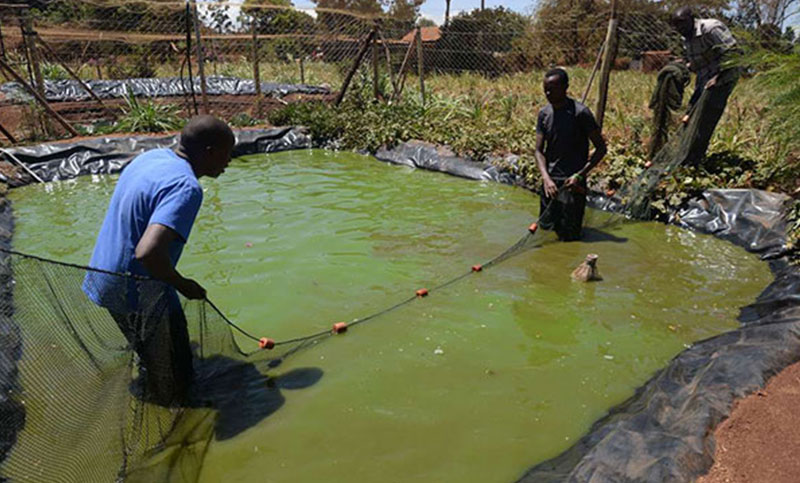 Fish farmers in western, central and eastern Kenya will benefit from a Sh14 billion joint funding from Ifad and the national government.

Fish farmers in western, central and eastern Kenya will benefit from a Sh14 billion joint funding from the International Fund for Agricultural Development (Ifad) and the national government.

The funding will help the farmers to boost production.

Other counties earmarked to benefit from the programme are Nyeri, Meru, Kirinyaga, Kiambu, Tharaka-Nithi, Embu, Kajiado and Machakos.

According to Kisumu Agriculture Executive Gilchrist Okuom, the eight-year project targets areas with a high potential for aquaculture.

It will focus on capacity building for farmers, developing enterprises, supporting community nutrition initiatives and building an enabling environment and support services for aquaculture farming.

"It is not only the farmers who will benefit but the locals too. It will reduce poverty and increase food security among rural communities," Mr Okuom said in an interview with the Nation.

“It will also promote local income-generating businesses that provide support services to the aquaculture sector," he said.

The project comes amid declining fish stocks in Lake Victoria as the demand for the nutritious tilapia keeps increasing.

"Previously, the national government introduced the Economic Stimulus Project under President Kibaki’s regime to boost the production of fish. The project wound up and that is why we are seeking to help farmers who took up the project and faring on well," said the Kisumu CEC.

He noted that lack of access to consistent fish feeds and expensive fingerlings has been a major setback for the fish farming sector.