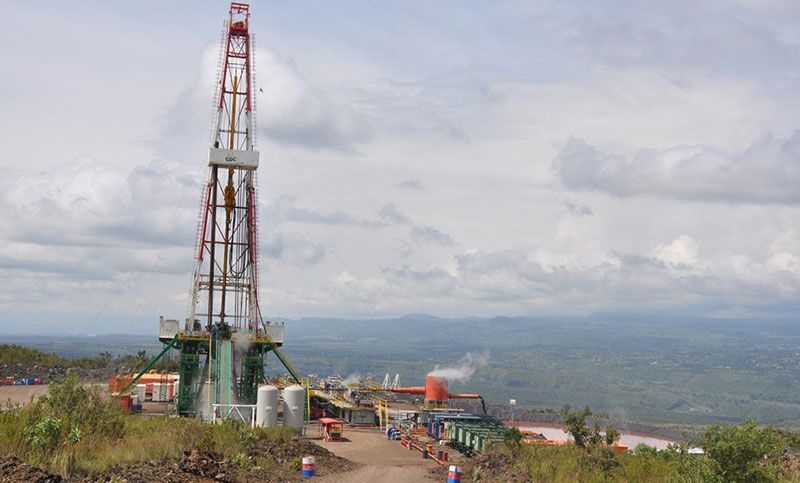 Kenya’s Geothermal Development Company (GDC) has announced a joint venture with Nakuru County Government for establishment of an industrial park powered by geothermal energy, as reported by the Standard in Kenya.

The industrial park is planned near Menengai in Nakuru county. At Menengai, GDC has been drilling extensively with construction of three privately funded geothermal power plants to kick off soon. The industrial park will offer cheap geothermal power and steam. GDC Board Chairman John Njiraini, said geothermal energy offered opportunities for economic growth. “There is so much that geothermal energy can offer to different investors especially those who require heavy energy for production,” Njiraini said.

We previously reported on various direct use projects by GDC, among them the semi-commercial cereals dryer funded by the Icelandic International Development Agency.

The company MD Johnson ole Nchoe said “in geothermal the concept of direct use is gaining traction and we have installed the first cereals dryer of its kind in Africa that uses heat from geothermal fluids,” said Engineer Nchoe.“That is the kind of innovative thinking we want to expand into commercial scale so that investors can benefit more from geothermal power,” he said.The governor noted that geothermal was a game changer natural resource in the county and was cheaper, environmental friendly and abundantly available in the country unlike heavy oil.

“We shall partner and support all economic efforts that will fully utilise geothermal energy and the concept of industrial parks is very exciting and promising,” Kinyanjui said. The governor pointed to the industrial park in Mai Mahiu, Naivasha as one of the capital projects by the national government which would offer job opportunities and revenue for the county.

GDC is piloting five prototypes that use geothermal steam heat for milk pasteurisation, heating green houses, heating aqua ponds, for laundromat and for drying cereals. The company is currently betting on its massive expertise and resources to drive the manufacturing agenda by offering steam heat at competitive rates.