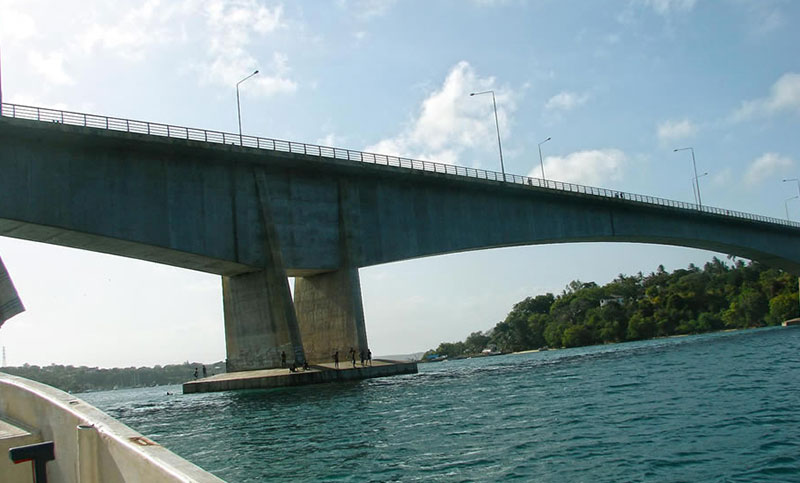 Construction works on the 2nd Nyali bridge linking Mombasa Island and North Coast is set to begin in June. This is after the Treasury received funding from the World Bank. The bridge which was initially set to begin in 2017 and be completed by 2018, will involve construction of a new 600-meter bridge and 400 meters of roads approaching the bridge linking the Island and north coast.

The project is part of the larger Mombasa Transport Master Plan that will help reduce congestion in the tourism hub. It will start from Abdel Nasser Road on the Island and join Links Road on the northern mainland.

The new bridge will pass near the Tamarind Hotel where the old Nyali Bridge was. The current bridge was built about 38 years ago and is the only road connection between Mombasa mainland and the island. It was built by the Japanese when the population of Mombasa was estimated at less than 200,000.

According to Mombasa county Transport Executive Tawfiq Balala, the second bridge will help deal with traffic congestion experienced by motorists from the Northern Coast. Mr Balala said that at least 70% of vehicles coming to the Central Business District come from Links Road where the bridge will land. The project, will be undertaken through the Public Private Partnership (PPP) model.

Kenya Urban Roads Authority (KURA) identified three firms to partner with under the PPP. The firms will recover their investment by installing toll booth to collect charges from users. Other roads earmarked for tolling include Thika Road, Nairobi-Mombasa highway, Nairobi Southern Bypass, and the Nairobi-Nakuru-Mau Summit road.