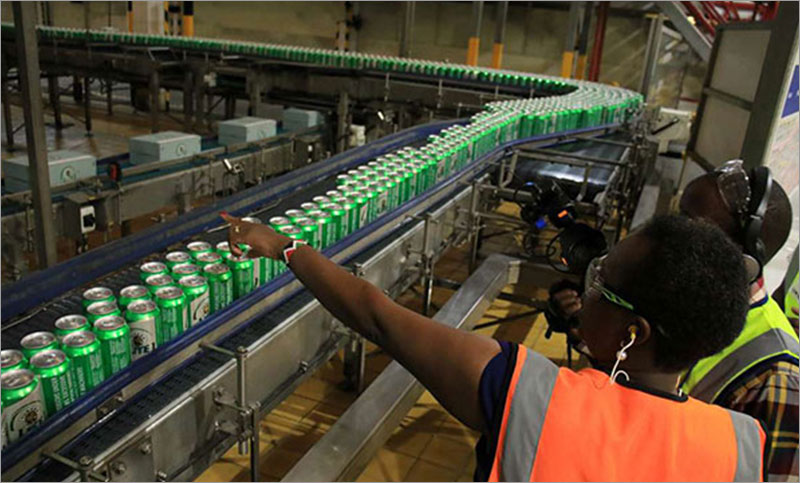 Tanzania was the fastest growing business for the East Africa Breweries Ltd (EABL) in 2019, confirming that the beermaker is overcoming perennial challenges in that market.

The company’s financial results for the half-year ending December 31, 2019 show that net sales in Tanzania increased by 19 per cent compared with 10 per cent in Uganda and eight per cent in Kenya.

The growth contributed in the company posting a nine per cent profit after tax of Ksh7.2 billion ($70.8 million) compared with Ksh6.6 billion ($64.9 million) in the same period in 2018.

Although Tanzania’s overall contribution to the group’s performance is the lowest at 13 per cent compared with its main market Kenya at 71 per cent and Uganda at 16 per cent, the market is on a positive growth trajectory prompting EABL to increase its shareholding in Serengeti Breweries Ltd (SBL).

Last year, the beermaker completed a purchase of four per cent of the share capital of SBL for $3 million, increasing its shareholding to 55 per cent.

The company has faced challenges in Tanzania including being at loggerheads with the country’s Fair Competition Commission over its acquisition of SBL and is upbeat growth in sales of key brands including beer and spirits will be maintained.

“We remain cautiously optimistic about the second half of the year although unpredicted tax and regulatory changes and challenges in our operating environment continue to present potential risks,” said Andrew Cowan, EABL group chief executive.

In Kenya, EABL is concerned that the frequent increase in excise tax by the government is having a negative impact on its business particularly bottled beer brands, which posted a one per cent decline in sales.

In the Uganda market, a decision by the government to ban sale of spirits in sachets impacted growth particularly of spirits, which posted a flat growth of one per cent although beer sales increased by 15 per cent.