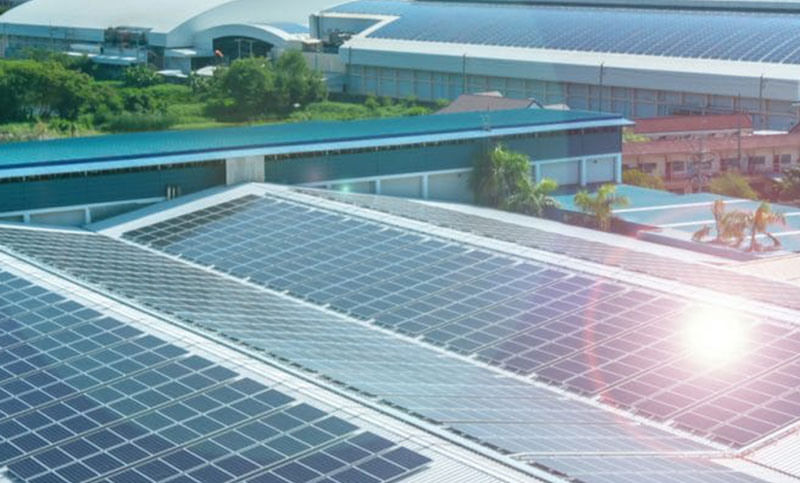 Off-grid provider SolarSaver has recently installed a mini solar power plant on the rooftop of Lynnwood Lane, a shopping mall located in Pretoria, the administrative capital of South Africa.

From now on, part of the electricity consumed by Lynnwood Lane will come from a renewable energy source. A mini solar power plant has been installed on the rooftop of the shopping mall in Pretoria, Gauteng Province, South Africa.

The mini solar power plant was built by off-grid provider SolarSaver. The installation, which took one month to build, consists of 872 panels connected to each other by solar inverters. The entire photovoltaic system has a capacity of 1,364 MWp. The mini-solar power plant supplies electricity to the 22 stores in the shopping centre, supplementing the 7,507 kWh of electricity needed for the operation of the facility.

“Although grid-connected systems do not currently provide electricity during load shedding, SolarSaver aims to take most customers off the grid in the future as battery costs decrease,” says SolarSaver. The company says its plant offers the immediate benefit of saving money by using solar energy.

Lynnwood Lane did not invest in the installation of the mini-solar plant. It will simply pay a monthly bill for maintenance, monitoring and insurance. The maintenance service will thus be provided by the off-grid supplier. According to Lance Green, a SolarSaver manager, the solar panels installed at companies in the South African province of Gauteng need more frequent cleaning than at coastal companies due to dust and pollution. According to the manager, in order for the entire photovoltaic system to operate at full capacity, the solar panels need to be kept clean.

The solar system, which SolarSaver installed on commercial Lynnwood Lane, was funded by Pembani Remgro, a private investment firm specialising in Africa. Its subsidiary, SolarSaver, operates mainly in South Africa and Namibia.