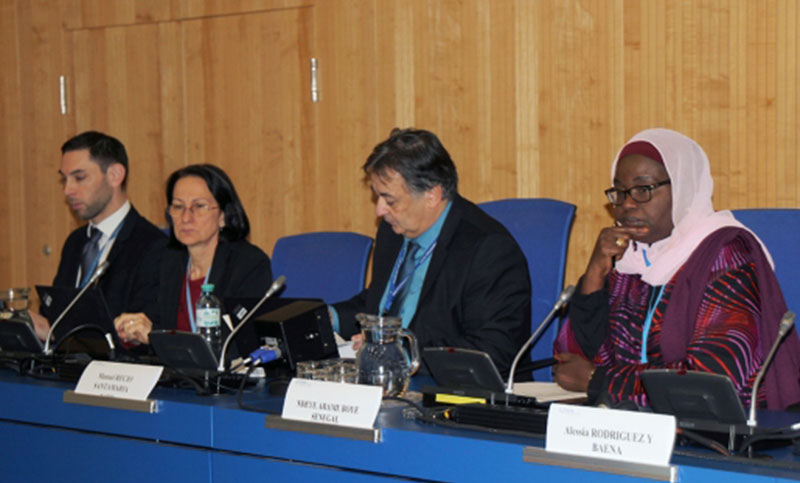 Radiation sources critical in medicine, industry, research, and education need to be handled with care to protect people and the environment from the potential harmful effects of radiation and to ensure that they do not end up in hands of unauthorized persons or organizations.

“A strong and solid regulatory body, effectively independent, with appropriate legal authority, resources and technical competence is the first ally to ensure safe and secure use of radiation sources,” said Juan Carlos Lentijo, IAEA Deputy Director General and Head of the Department of Nuclear Safety and Security, at the launch of the second phase of the IAEA’s Regulatory Infrastructure Development Project (RIDP) in Vienna last week. The project is now supporting 37 African countries in establishing such regulatory bodies.

RIDPs to support countries in building strong regulatory infrastructure are currently being implemented in Africa, Latin America and the Caribbean, supported by three different contributors.

The second phase of the RIDP represents an increase of 24 participating countries compared to 13 when the project’s first phase was launched in 2017. This includes 28 IAEA Member States and nine non-IAEA Member States – Cape Verde, Comoros, Gambia, Guinea, Guinea Equatorial, Guinea Bissau, Sao Tome and Principe, the Federal Republic of Somalia and the Republic of South Sudan. The list of contributors has also been extended, including not only the United States but also Canada and France.

In Vienna last week, 64 participants worked together on setting up country workplans for arranging the delivery of IAEA assistance over the three-year project duration. They will receive support in areas such as building and strengthening national policy for radiation safety and security of nuclear and other radioactive material, drafting regulations and developing regulatory guides and procedures, and building capacities for authorization and inspection.